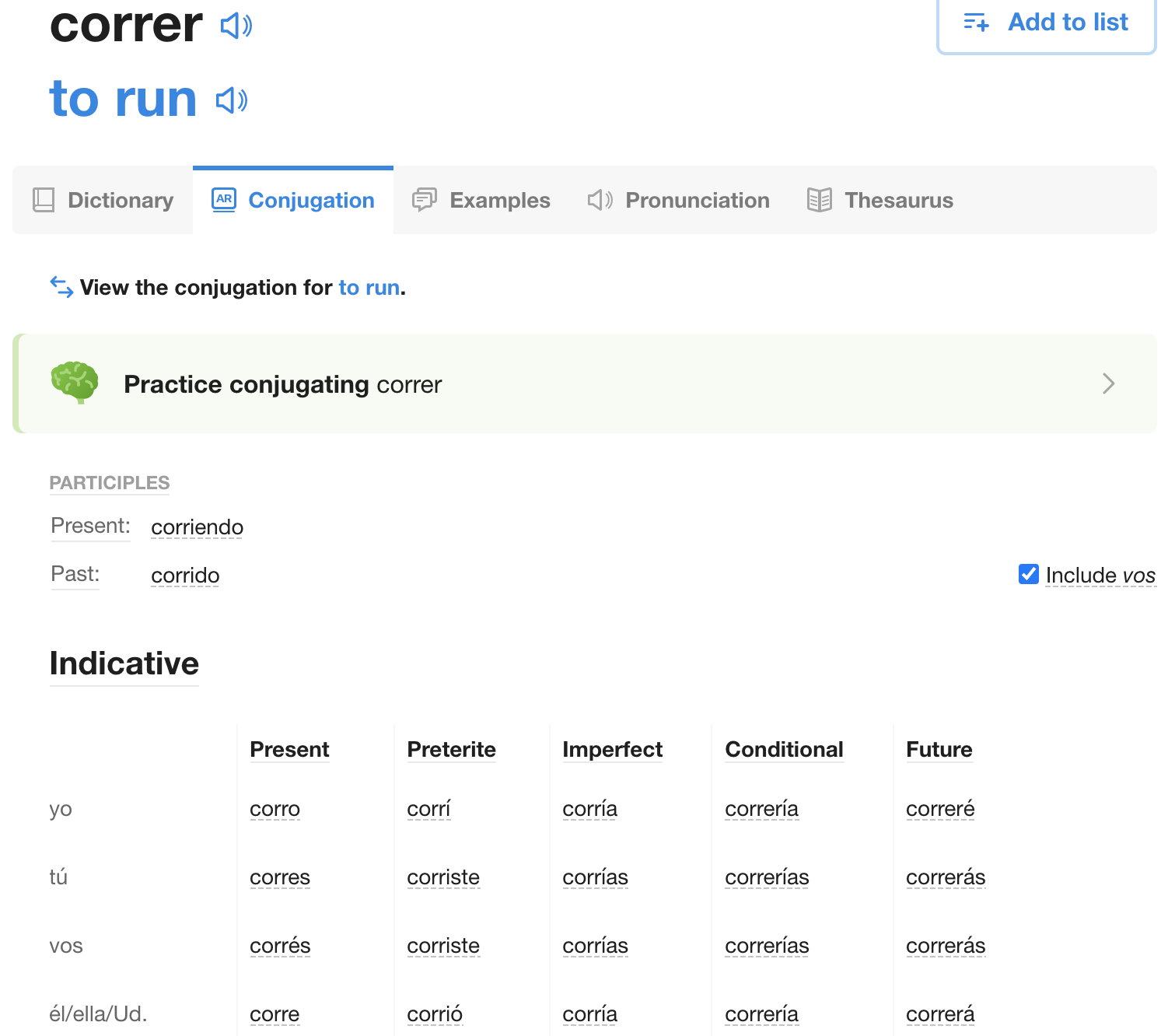 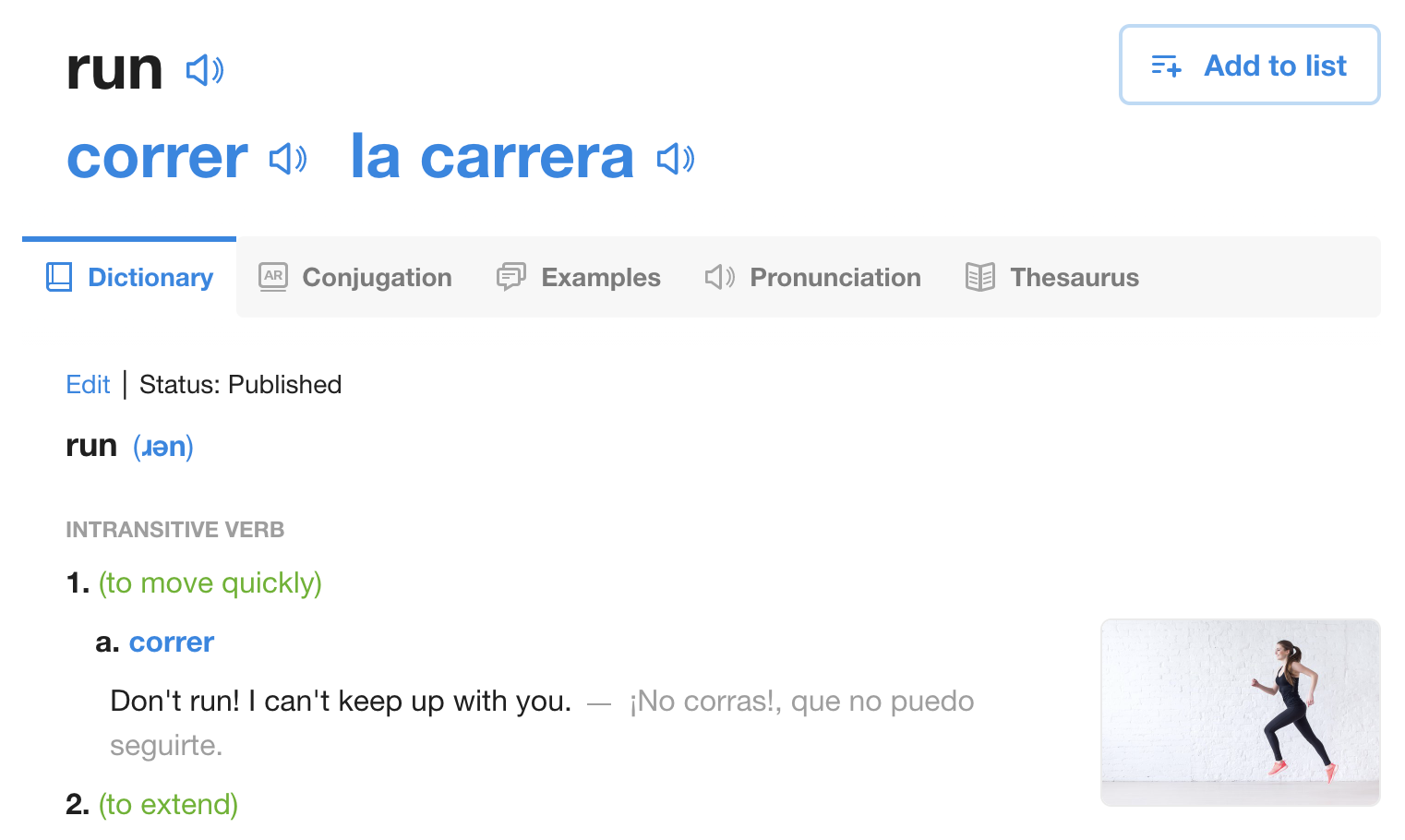 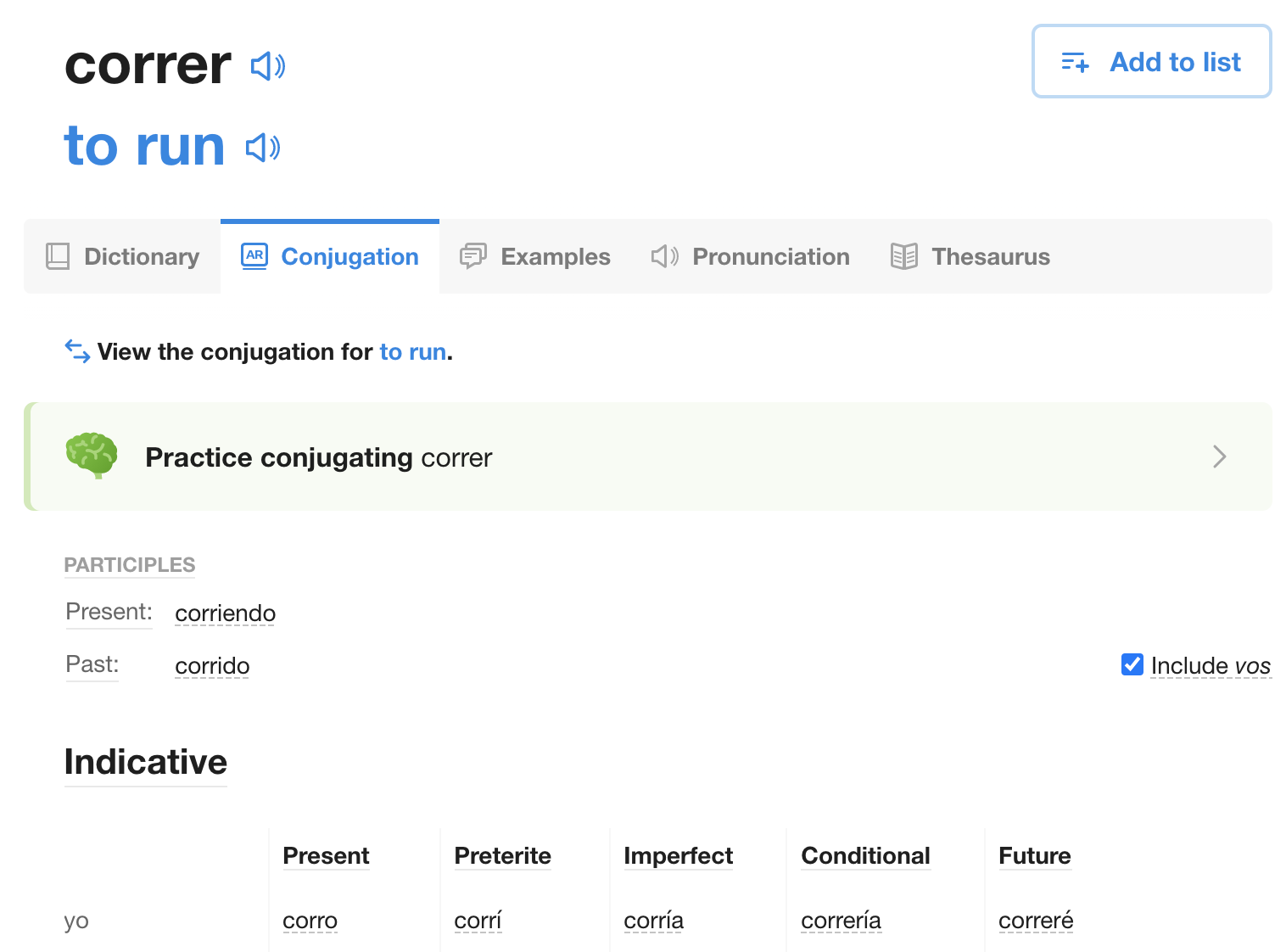 If you're viewing SpanishDict.com on a mobile device, you can follow either of the options outlined above. To go directly to the conjugation search, you'll need to tap on the menu icon in the top right corner of the page (three horizontal lines) and then select "Conjugation". 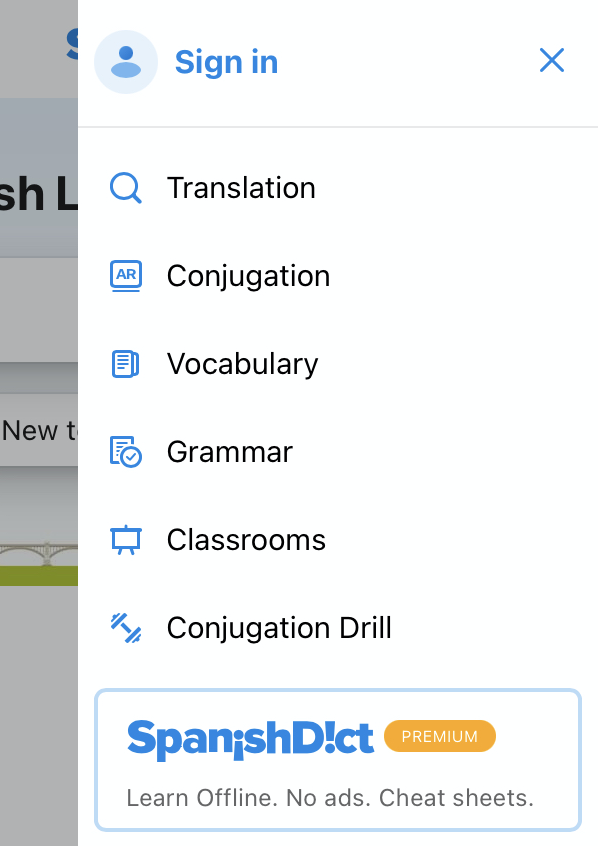 The search functions work the same on the mobile version of our website as they do on the computer version, but the design of the charts will look a bit different, in order to fit the smaller screen. 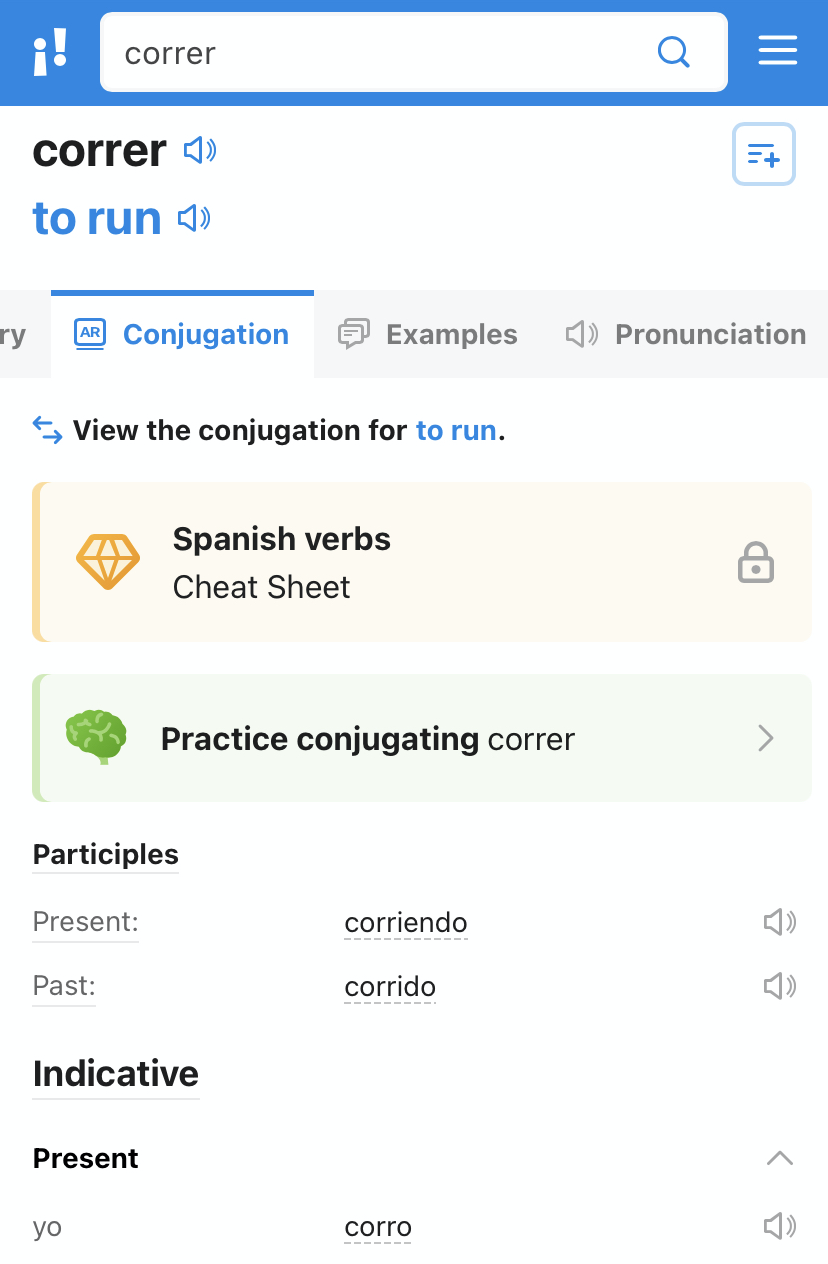 In the iOS and Android App

You will then see a little tab towards the top of the resulting page that says "Conjugation", like in the image below. 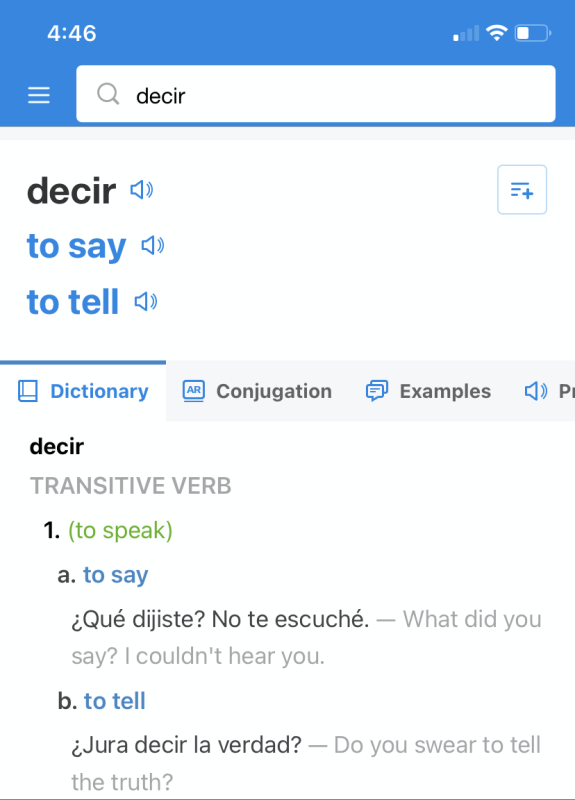 Tapping on that tab will show the conjugation charts for that verb. 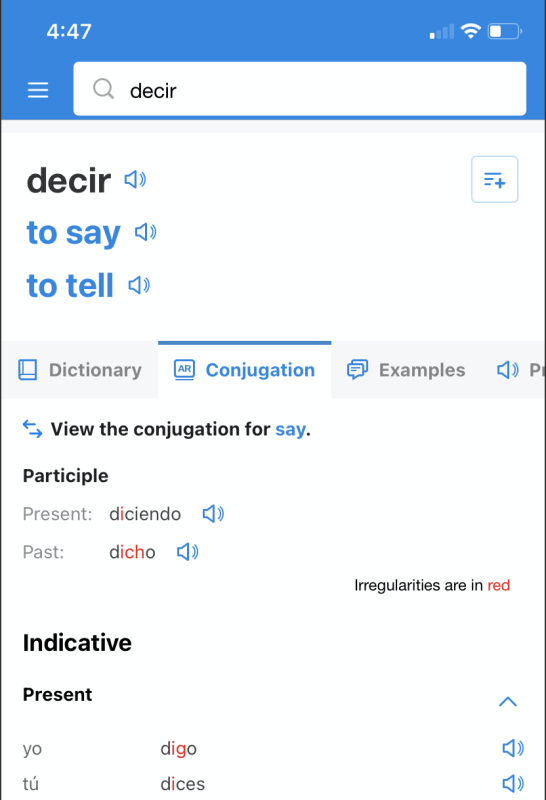 There are some verbs, especially pronominal and reflexive verbs (e.g., sentarse, llevarse) that do not yet have conjugation information available in the app, which is why you won't see the conjugation tab if you look up a verb that includes "se" tacked on the end. For the moment, you can find the missing verbs on our website, spanishdict.com.