What Type of Spanish Does SpanishDict Use?

The majority of the words, phrases, and sentences in the SpanishDict dictionary are used and understood in most, if not all, Spanish-speaking places. However, if a definition is only used in a specific country or region, we will list that place in parentheses in green print next to the definition on a dictionary page.

The country labels we use include Spain, Venezuela, Mexico, and many more. Region labels include Central America, Andes (most of north and western South America), South America, and River Plate (Argentina, Uruguay). For English translations of Spanish words, you might see United States or United Kingdom.

If you translate sentences or phrases for which we do not have dictionary entries, you will be routed to our machine translators (Microsoft, SDL, PROMT), which utilize a neutral form of Latin American Spanish. For example, if you type an English search query including "you all", the translation results will typically show the Latin American "ustedes" instead of the Castilian (Spain) "vosotros". 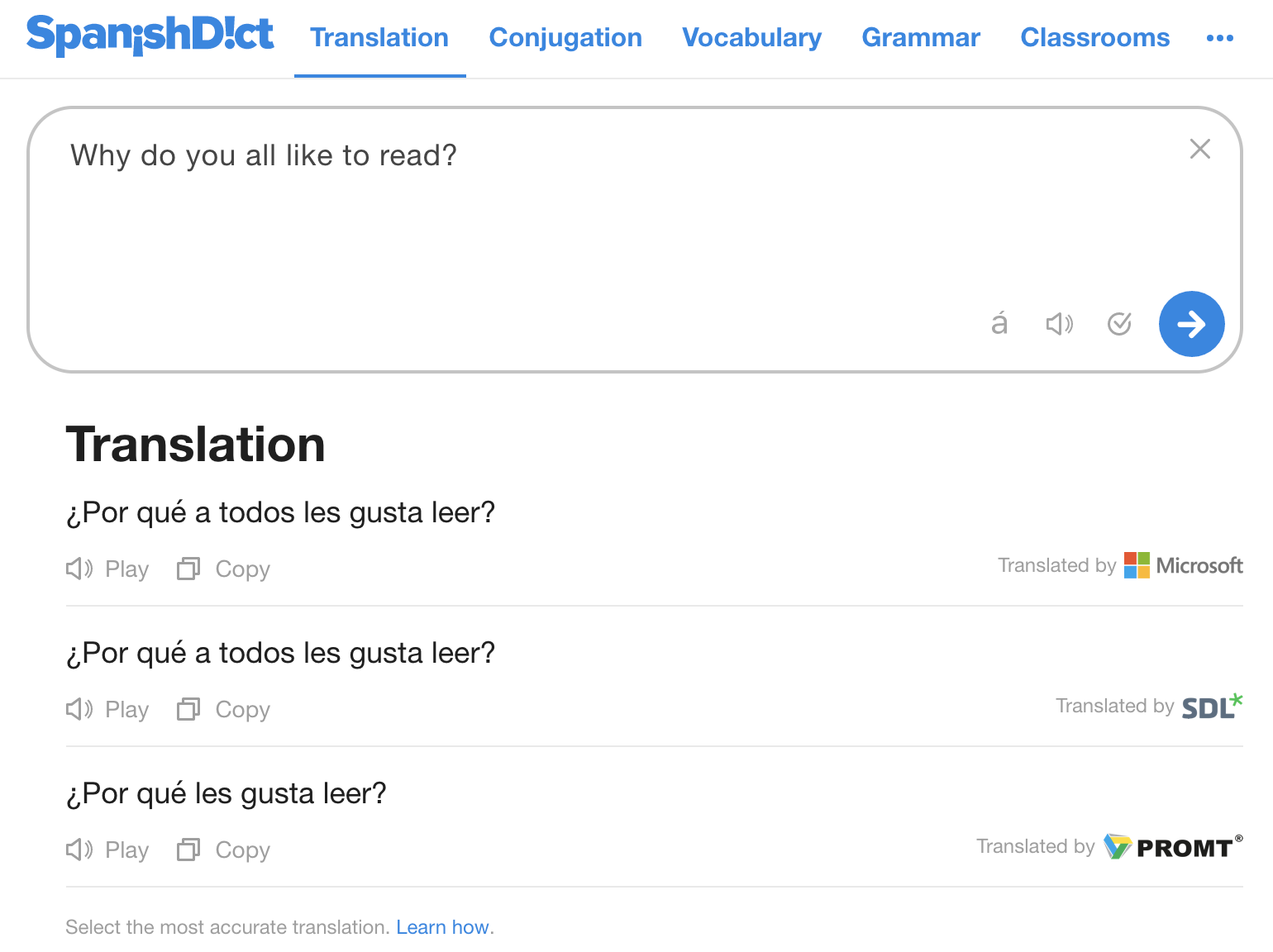 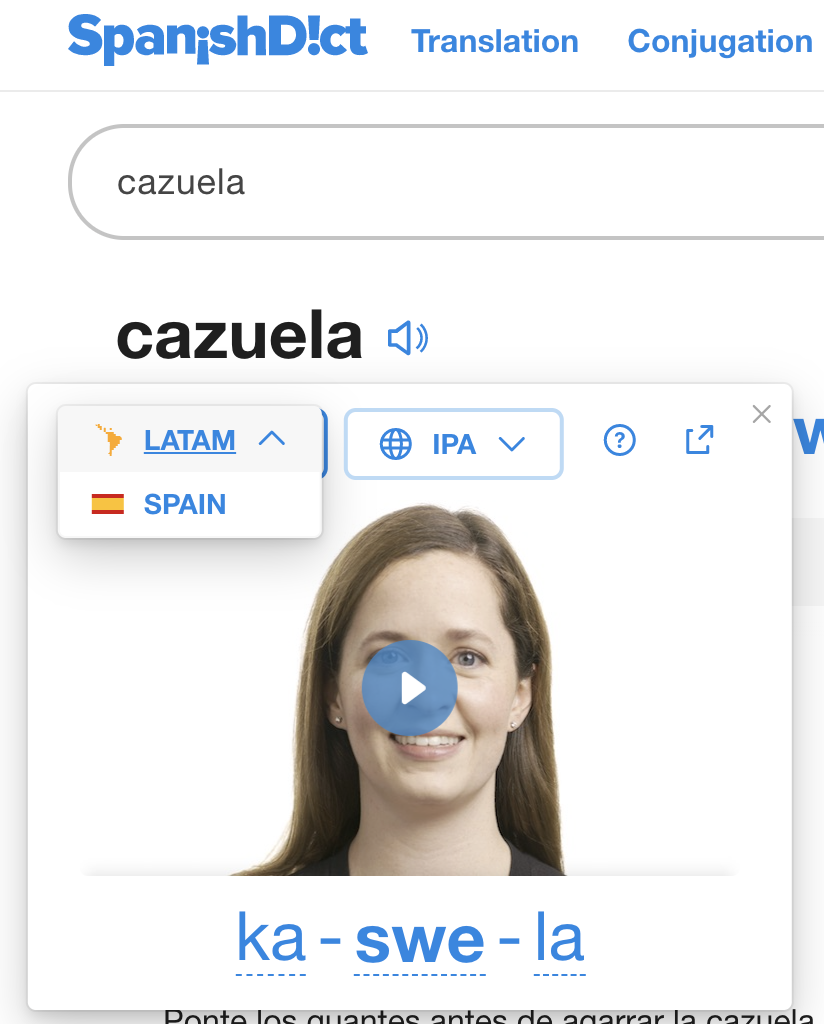 The vocabulary and grammar lessons that we offer include native speakers from Spain and many Latin American countries. The grammar taught in the lessons leans more toward Latin American Spanish, but you will occasionally see verb conjugations in the "vosotros" form, which is used as the informal "you all" in Spain.